“We see a very bright future for our products,” says Jim Becker, the vice president of sustainability for Chevron Phillips, inside a pristine new warehouse next to the plant.

“These are products the world needs and continues to need,” he says. “We’re very optimistic about future growth.”

With that growth, though, comes ever more plastic trash. But Becker says Chevron Phillips has a plan: It will recycle 100% of the plastic it makes by 2040.

Becker seems earnest. He tells a story about vacationing with his wife and being devastated by the plastic trash they saw. When asked how Chevron Phillips will recycle 100% of the plastic it makes, he doesn’t hesitate.

“Recycling has to get more efficient, more economic,” he says. “We’ve got to do a better job, collecting the waste, sorting it. That’s going to be a huge effort.”

“Fixing recycling is an imperative, and we’ve got to get it right,” he says. “I understand there is doubt and cynicism. That’s going to exist. But check back in. We’re there.”

Larry Thomas, Lew Freeman and Ron Liesemer, former industry executives, helped oil companies out of the first plastic crisis by getting people to believe something the industry knew then wasn’t true: That most plastic could be and would be recycled.

Russell says this time will be different.

“It didn’t get recycled because the system wasn’t up to par,” he says. “We hadn’t invested in the ability to sort it and there hadn’t been market signals that companies were willing to buy it, and both of those things exist today.”

But plastic today is harder to sort than ever: There are more kinds of plastic, it’s cheaper to make plastic out of oil than plastic trash and there is exponentially more of it than 30 years ago.

And during those 30 years, oil and plastic companies made billions of dollars in profit as the public consumed ever more quantities of plastic.

“And during that time, our members have invested in developing the technologies that have brought us where we are today,” he says. “We are going to be able to make all of our new plastic out of existing municipal solid waste in plastic.”

Recently, an industry advocacy group funded by the nation’s largest oil and plastic companies launched its most expensive effort yet to promote recycling and cleanup of plastic waste. There’s even a new ad.

New plastic bottles come off the line at a plastic manufacturing facility in Maryland. Plastic production is expected to triple by 2050. Laura Sullivan/NPR 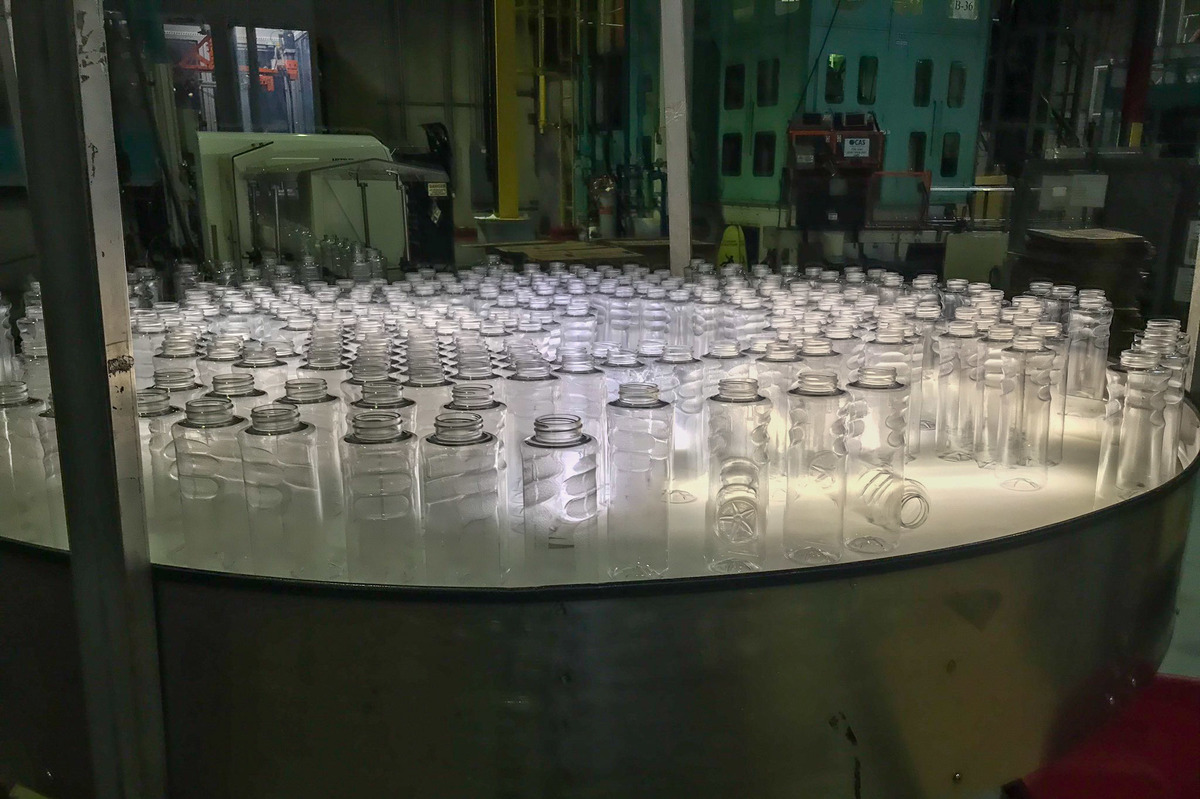 New plastic bottles come off the line at a plastic manufacturing facility in Maryland. Plastic production is expected to triple by 2050.

“We have the people that can change the world,” it says to soaring music as people pick up plastic trash and as bottles get sorted in a recycling center.

“Déjà vu all over again,” he says as the ad finishes. “This is the same kind of thinking that ran in the ’90s. I don’t think this kind of advertising is, is helpful at all.”

“I don’t think anything has changed,” Thomas says. “Sounds exactly the same.”

These days as Thomas bikes down by the beach, he says he spends a lot of time thinking about the oceans and what will happen to them in 20 or 50 years, long after he is gone.

And as he thinks back to those years he spent in conference rooms with top executives from oil and plastic companies, what occurs to him now is something he says maybe should have been obvious all along.

He says what he saw was an industry that didn’t want recycling to work. Because if the job is to sell as much oil as you possibly can, any amount of recycled plastic is competition.

“You know, they were not interested in putting any real money or effort into recycling because they wanted to sell virgin material,” Thomas says. “Nobody that is producing a virgin product wants something to come along that is going to replace it. Produce more virgin material — that’s their business.”

And they are. Analysts now expect plastic production to triple by 2050.

Cat Schuknecht contributed to this report.